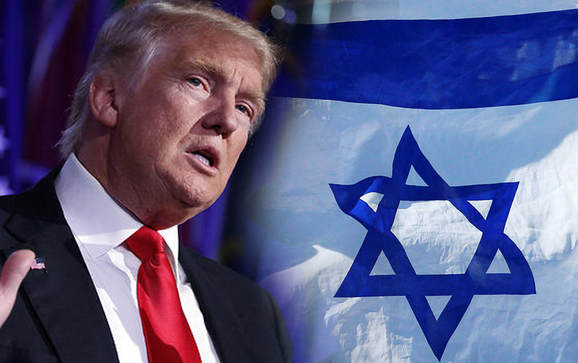 USA President Donald Trump told American Jewish leaders in a phone call on Friday 15 Sept. 2017 that he loves Israel. In the nine-minute call, which comes ahead of the Jewish High Holy Days, Trump expressed his strong support for Israel, and promised to fight back against attempts to hurt Israel at the UN. The call began with brief remarks by Jared Kushner, the President's Jewish son-in-law and senior adviser, who said that this is the most important time of year for the Jewish people, and added that Trump is proud to hold the call. Trump then spoke to the participants and said that under his leadership, the United States will always support Israel. Not just because of security, but because of shared values. "On a personal level, and I just returned from Israel not too long ago, I can tell you that I love Israel," he added. Trump promised that his administration will continue to focus on changing the bias UN treatment of Israel. (Arutz-7)

Israel has offered its expertise in the “very humanitarian” effort of helping Colombia clear its countryside of anti-personnel mines, Colombia's President Juan Manuel Santos said last week after meeting PM Netanyahu at the palatial Casa de Nariño presidential residence. After Afghanistan, there are more anti-personnel mines in Colombia - which is just emerging from a 52-year war between the government and the Marxist-Leninist FARC terrorist organization - than any other country in the world, he said. An estimated 25,000 people have been killed by these mines over the last 25 years. “Your country has been a friend of Colombia, and recently a great ally in the construction of peace in the country,” Santos said. “We would like to strengthen this magnificent relationship.” The prime minister responded that Israel was “excited” about the “post-conflict” possibilities for cooperation: first in agriculture, secondly in water management, and thirdly in the area of cyber security. As he did in all his public speeches in Argentina, Netanyahu also highlighted Iran's global spread of terrorism. (J.Post)

ISRAEL WARNS TRUMP THAT IT WILL ATTACK SYRIA AGAIN, IF NECESSARY:

Israel sent a clear message to the Trump Administration that it will not hesitate to again attack neighboring Syria if forces embroiled in a bloody civil war there cross two red lines. Speaking at a pre-Rosh Hashanah (Jewish New Year) gathering that included a large number of senior USA officials, Israel's ambassador to Washington, Ron Dermer, stated: "Israeli Prime Minister Netanyahu has been very clear about Israeli red lines in Syria, and Israel has acted to enforce them. Those red lines are the transfer of "game-changing" weapons from the Syrian regime to its Hezbollah [terrorist] allies, and the establishment of an Iranian "beach head" in Syria. While it has never officially admitted to doing so, Israel has repeatedly launched aerial strikes against Syrian convoys transferring weapons to Hezbollah. The Syrian regime has threatened serious retaliation against the Jewish state, but has never followed through on those threats. (Israel Today)

About $13,500 in local currency that was intended for the family of a terrorist who killed an Israeli woman has been intercepted by security forces. The killer, who was only 16-years old at the time of the incident, was captured and sentenced to a life term in prison, fined and his parents’ home was destroyed. The victim was the mother of six young children. American, Israeli and other governments have pressed the Palestinian authorities to end the practice of paying rewards and stipends to the families of those captured or killed while carrying out attacks against Israeli targets. (Medialine)

Iran has boosted its financial support for the Lebanon-based Hezbollah terrorist group to $830 million a year and is providing Hamas in Gaza with $60-70 million. Iran also is spending hundreds of millions of dollars for its terror militias in Syria and Iraq, as well as supporting Houthi rebels in Yemen. (J. Post)
‘HAMAS TERRORIST WILL FIND ONLY DEATH IN THEIR TUNNELS’:
Maj. Gen. Yoav 'Poli' Mordechai, the Coordinator of Government Activities in the Territories, warned Thurs. 14 Sept. 2017, that Hamas operatives were digging terrorist tunnels. Gen. Mordechai wrote on his Facebook page in Arabic: "All that Hamas' people will find in the tunnels is death. That is what happened to the Hamas activist, 32-year-old Khalil al-Damyati, after a tunnel he was in mysteriously collapsed today in western Gaza City.” [In a later update, Hamas reported that actually two terrorists died in separate tunnel collapses in Gaza overnight Thursday.] “In the past two years, 27 tunnels have caved-in and at least 30 Hamas operatives have been killed in those collapses in the Gaza Strip. It seems Hamas does not care about its operatives and is sending them to die in the tunnels it digs," Mordechai wrote. (Arutz -7)

Elta North America, an Israeli-owned defense manufacturer with USA headquarters in Maryland, was one of four companies chosen to build a prototype for the border wall between the United States and Mexico. The company is a subsidiary of Israel Aerospace Industries. Some 200 companies vied for the tenders, which will provide a $300,000 to $500,000 grant to develop a model. In total, eight companies are building prototypes for the nearly 200,000-mile-long wall. Four will be concrete and four will have see-through or “smart” walls. Elta was chosen to work on the see-through walls project. The final project could cost up to $25 billion. Elta manufactures radar systems and components for branches of the American military. In its Israeli headquarters, Elta manufactures radar systems for Arrow missiles, the Iron Dome anti-missile system, espionage and fighter jets. President Donald Trump has praised Israel for its southern border wall meant to stop African migrants from illegally entering the country. (Ynet)

AYELET SHAKED CHOSEN AS ISRAEL’S ‘MOST INFLUENTIAL WOMAN:’
​
Lady Globes magazine has chosen Justice Minister Ayelet Shaked as 'Israel's Most Influential Woman'. In a survey commissioned by the magazine, 20% of respondents said that Shaked was the most influential woman in Israel, with actress Gal Gadot coming in second at 13%. Israel Bank Governor Karnit Flug took third place with 8%, followed by Culture and Sport Minister Miri Regev and outgoing Supreme Court President Miriam Naor. "Thank you to all the readers for selecting me. It’s a compliment." Shaked tweeted. In July 2017 Forbes magazine chose Shaked as 'Israel's Woman of the Year.' The list included 50 women from various fields: scholars, philosophers, businesswomen etc. who have a significant influence on Israeli society. (INN)