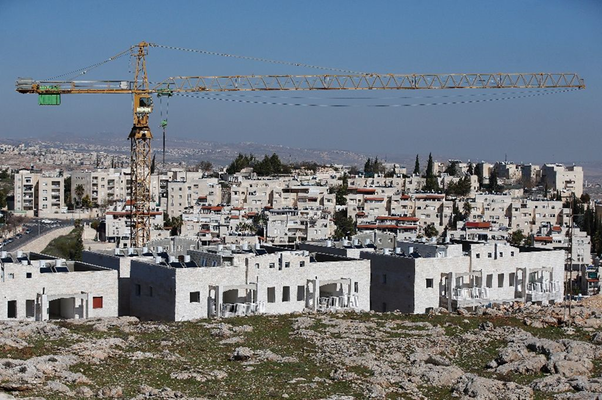 ‘THE SETTLEMENTS ARE PART OF ISRAEL’:

David Friedman, the USA Ambassador to Israel, said on 28 Sept. 2017 that Jewish communities in Judea & Samaria are part of Israel. “I think that was always the expectation when Resolution 242 was adopted in 1967. The idea was that Israel would be entitled to secure borders,” said Friedman. “The existing borders, the 1967 borders, were viewed by everybody as not secure, so Israel would retain a meaningful portion of Judea & Samaria, and it would return that which it didn’t need for peace and security. So there was always supposed to be some notion of expansion into Judea & Samaria, but not necessarily expansion into the entire area. And I think that’s exactly what Israel has done. I mean, they’re only occupying two percent of Judea & Samaria” he pointed out. Friedman also said that the Jewish communities in Judea & Samaria have an “important nationalistic, historical, religious significance” and added, “I think the settlers view themselves as Israelis and Israel views the settlers as Israelis.” The ambassador said that a Trump administration-proposed peace plan likely will go public in months. “But we’re not holding ourselves to any hard deadline. We’ll try to get it done right, not done fast,” he said. (Arutz-7)

NETANYAHU: WE WILL NEVER UPROOT JEWISH OR ARAB COMMUNITIES:

"There will be no more uprooting of settlements in the Land of Israel," PM Benjamin Netanyahu said last week at a national ceremony marking the 50th anniversary of the settlement movement. "It is not just a question of the connection to the homeland, of course that is correct, but first of all, it is not the way to make peace. We will not uproot Jews, and not Arabs." The fall of four Gush Etzion communities during the War of Independence and the subsequent return of Israelis to that region 19 years later has been the symbolic heart of the settlement movement. "Any territory that falls into the hands of radical Islam becomes a base of destruction, of violence and of death," Netanyahu said. "Therefore we will not abandon our national home to that danger." (J. Post)
NEW UNRWA TEXTBOOKS FOR PALESTINIANS DEMONIZE ISRAEL AND JEWS:
New schoolbooks used in UNRWA schools in Gaza and in Judea & Samaria display extreme anti-Israel and anti-Jewish sentiments, according to a study by Dr. Aaron Groiss released last week. According to the Palestinian schoolbooks, Jews have no rights whatsoever in the region but only "greedy ambitions." The books say that Jews have no holy places there - the Western Wall in Jerusalem, the Cave of the Patriarchs in Hebron, and Rachel's Tomb in Bethlehem are all presented as Muslim holy places threatened by Jews. The names "Israel" and "Tel Aviv" do not appear on maps at UNRWA schools. Peace is not advocated in UNRWA schools. Instead, the schoolbooks promote a violent struggle of liberation against Israel. A 2017 text describes a firebomb attack on an Israeli civilian bus as a "barbecue party." The researcher concludes that UNRWA is contributing to perpetuating the conflict. (J. Post)

The United Nations Relief and Works Agency for Palestine Refugees in the Near East (UNRWA), with its $1.3 billion budget (30% of which comes from USA taxpayers), actually perpetuates the refugee problem it was created to solve, while promoting Palestinian rejectionism and Jew hatred. The original 700,000 Palestinians leaving Israel have now been magically transformed into 5.5 million "refugees" registered with UNRWA, about half of all the Palestinians living in the world today. The "temporary" UN agency has developed into a bloated bureaucracy with a staff of 30,000, almost all of who are Palestinians (many are activists of Hamas, the Islamist terrorist group). Less than 5% of UNRWA's clients ever lived in Israel, but the agency's regulations state that all descendants of the original displaced persons shall retain their refugee rights in perpetuity.

“We see what is happening in Sweden, in Britain, and in France,” said Norway’s Minister of Immigration and Integration Sylvi Listhaug in a media interview. “We are experiencing now the fear that you have experienced for decades.” One of the most popular politicians in Norway and member of the conservative-liberal Progress Party, Listhaug added that the nations of Europe “and their citizens need to understand the situation in Israel better, because of the terror attacks in Israel.” Norwegian conservative historian, Hanne Nabintu Herland, called her country “the most anti-Semitic in the West,” but now it seems that the people of Norway are changing their views. In concern for the preservation of Norwegian culture in the face of a potential flood of immigrants, Herland often calls on her fellow country-men to take their country back. “The Progress party has always been a supporter of Israel’s need to protect themselves in a region where you are the only democracy,” continued Minister Listhaug. "The conservative minister reduced the number of immigrants arriving to the shores of Norway from 30,000 in 2015 to 1,000 in 2017. Those who come are expected to adapt to the culture and norms of Norwegians: a people who drink alcohol, eat pork, and do not believe in veils. (Ynet)

The USA House of Representatives Foreign Relations Committee passed two bills on 28 Sept. 2017 that tightens sanctions on the Hezbollah terror organization. Both bills are sponsored by Foreign Relations Committee Chairman Ed Royce (R-CA) and Democrat Representative Eliot Engel (D-NY). The first bill targets any foreign person that provides support to any number of key Hezbollah financial, security, foreign relations, and media institutions. "Congress must close any possible loophole that could allow foreign funding of Hezbollah. Acting swiftly - and in a bipartisan manner - will show Hezbollah’s foreign sponsors that the United States will not sit by while Hezbollah grows stronger,” said Engel. The second bill slaps sanctions on anyone who used human shields in the 2006 Israel-Lebanon War or afterward and explicitly names senior Hezbollah members. The bill targets "foreign persons that are responsible for gross violations of internationally recognized human rights by reason of the use by Hezbollah of civilians as human shields, and for other purposes." The Iranian-backed Hezbollah has been documented making wide use of human shields during the 2006 war against Israel. (Arutz-7)

There has been a historical breakthrough in Israeli policy regarding the disabled community: after 12 hours of intense negotiations, a compromise has been reached regarding disability pensions. The compromise was reached between Histadrut (General Organization of Workers in Israel) chairperson Avi Nissenkorn, Coalition chairman MK David Bitan, Meretz MK Ilan Gilon, and Finance Minister Moshe Kahlon. It details an increase of the existing disability pension in proportion to the severity of the disability, with those with the most debilitating disabilities to receive 4,500 NIS per month. Disabled people will not lose their pensions if they earn more than 2,800 NIS as they do today. Instead, the sum will be increased to 4,300 NIS, enabling disabled people who can work to earn money while still receiving state support. 300 million NIS will be allocated to pensions for the elderly, as today the elderly disabled must decide which pensions they want to get - the disability pension or the old-age pension. This extra funding will put an end to this situation.

Complaints from groups that represent disabled Israelis were manifested in road blocks and massive demonstrations in an effort to get attention from the government to address their plights. Some of the activists in the group have announced their desire to hit theroads one last time, but this time with flowers to reward the Israeli people for being so supportive of them and their struggle. (J.Post)

Israeli tennis player Dudi Sela on Friday 29 Sept. 2017, left a match due to Yom Kippur. Sela gave up midway during his quarter-final clash against Alexander Dolgopolov at the ATP Tour Shenzhen Open when he realized that it was almost sunset and the Yom Kippur fast was about to begin. The 32-year-old, who’s ranked 77 in the world, lost the first set 6-3, before winning the second 7-5, thereby ensuring a third and deciding set. Eight minutes into the third set, however, Sela informed the umpire of his decision to retire from the match and left the court. With his decision, Sela forfeited the chance of reaching the semi-finals. The match was originally to take place on Yom Kippur itself, but pressure from officials in the Israel Tennis Association as well as Culture and Sport Minister Miri Regev resulted in a change in the time so that the match started before the fast.
​(Arutz-7)