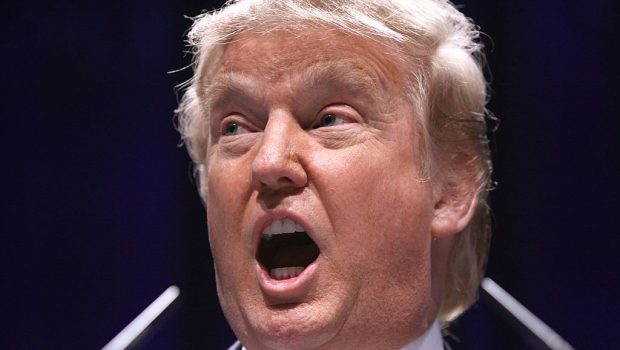 USA President Donald Trump announced in a White House speech on Friday 13 Oct. 2017 that he has decertified the Iranian nuclear deal as part of a new and tougher approach towards the Islamic Republic. “We cannot and will not make this certification,” Trump said. “We will not continue down a path whose predictable conclusion is more violence, more terror and the very real threat of Iran’s nuclear breakout.” While the decertification stops short of pulling out of the agreement, the move hands the decision over to Congress to decide whether to reimpose sanctions originally lifted in 2015. Under the 2015 deal, which was negotiated along with the United Kingdom, France, Germany, Russia and China, the Trump administration must certify every 90 days whether it believes Iran is in compliance with the agreement.

According to Trump, the new strategy to deal with Iran will include working with allies to counter Tehran’s “destabilizing activities and support for terrorist proxies in the region,” as well as addressing the “regime’s proliferation of ballistic missiles and weapons that threaten its neighbors, global trade and freedom of navigation. As I have said many times, the Iran deal was one of the worst and most one-sided transactions the United States has ever entered into,” the president declared. Trump also verbally denounced Iran as a "fanatical regime" whose "aggression continues to this day", pointing out that "the regime’s two favorite chants are ‘Death to America’ and ‘Death to Israel'. (Algemeiner)

Israeli PM Binyamin Netanyahu congratulated President Donald Trump after Trump announced on Friday 13 Oct. 2017 that he will not certify Iran's compliance with the 2015 nuclear deal. "I congratulate President Trump for his courageous decision today. He boldly confronted Iran's terrorist regime," said Netanyahu in a statement. Netanyahu, who was a prominent opponent of the deal when it was signed in 2015, reiterated that the deal paves the way for Iran to get a nuclear weapon. "If the Iran deal is left unchanged, one thing is absolutely certain- in a few years' time, the world's foremost terrorist regime will have an arsenal of nuclear weapons and that's a tremendous danger for our collective future," he said. "President Trump has just created an opportunity to fix this bad deal – to roll back Iran's aggression and to confront its criminal support of terrorism. That's why Israel embraces this opportunity. And that's why every responsible government concerned with the peace and security of the world, should do so as well," he added. (Koenig)

The United Arab Emirates said on Friday 13 Oct. 2017, it fully supported the new USA policy towards Iran and it renewed its commitment to work with Washington to counter Iran's support of extremism, the state news agency WAM reported. "The UAE announces its full support to the new USA strategy to deal with the Iranian policies undermining security and stability," WAM said on its twitter account. Bahrain has also announced it welcomed the shift in USA policy on Iran's nuclear and ballistic missile programs and its support for extremist groups in the Middle East. (J.Post)

Israel's Defense Minister Avigdor Liberman slammed Great Britain, France and Germany on Saturday 14 Oct. 2017, for their opposition to the steps USA President Trump announced against the Iranian nuclear deal. The leaders of the three European countries, whose companies have made massive business deals with Iran, issued a joint statement saying they “stand committed” to the deal and are concerned about the implications of Trump’s refusal to back it. “The Europeans continue to put their heads in the sand, exactly like they did before World War II,” said Liberman “The leaders of Europe prefer to run away from reality.” Liberman praised Trump for sending the Iran deal back to Congress for reevaluation, calling it a “courageous and correct decision.” The defense minister added that “Israel must be ready to handle Iran by itself without the USA.” (J.Post)

A former ISIS commander has warned that ISIS terrorists are using the internet to recruit potentially deadly ISIS sleeper cells in the UK. ISIS leaders are sending propaganda over the internet to further radicalize potential recruits and 'encourage jihad', according to Emir Abu Abboud al-Raqqawi - who held several high-ranking positions within the Islamic religious police force. In an interview, he has revealed the chilling details of how multi-lingual and sophisticate terrorist recruiters are helping to establish sleeper cells in Western Europe. “Migrants inside the caliphate are in touch with their friends in the Western world. Their friends and family in Sweden, in Germany, in France, in the UK, in Turkey, in Azerbaijan or in other parts of the world,’ said al-Raqqawi. “When they're ordered to attack, for example, an airport or a supermarket, then they just do it,” said the former commander. He also detailed how potential recruits are further radicalized over the internet. He said prospective members are sent publications, videos and other documents that 'encourage Jihad' and show Muslims being killed in Syria and Iraq.” His revelations follow a series of terror attacks in the UK, including the Manchester Arena bombing on 22 May 2017 that killed 23 people. (UK Daily Mail) Pray against terrorist attacks in the UK.

Iranian government hackers conducted a sustained cyberattack over the summer targeting UK politicians including PM Theresa May, successfully compromising dozens of email accounts belonging to members of Parliament, British news media reported Saturday 14 Oct. 2017. State-sponsored hackers traced to the regime in Tehran targeted about 9,000 email accounts associated with dozens of members of British parliament, cabinet ministers, Mrs. May and others during a 12-hour-long brute force attack waged 23 June 2017, according to a secret intelligence assessment. Ninety email accounts in all were compromised as a result of the attack, or about one percent of the total accounts targeted, the reports said. The prime minister’s emails weren’t at risk because Mrs. May uses an account associated with the Prime Minister’s office rather than Parliament, but intelligence officials believe it’s inevitable the hackers obtained sensitive material. The USA has repeatedly accused Iran of hacking American targets in the past, but Britain has failed so far to publicly blame Tehran with waging any cyberattacks against the UK. (Washington Times)

President Trump told a group of social conservative activists on Friday 13 Oct. 2017 that he’s keeping his pledge to stop Washington from meddling in people’s faiths. “In America, we don’t worship government, we worship God,” Trump told the Value Voters Summit in Washington. He pointed to the revocation of the Johnson Amendment that prohibited nonprofit organizations, including churches, from endorsing or opposing political candidates. “We will not allow government workers to censor sermons or target our pastors, our ministers or our rabbis,” he said. “These are the people we want to hear from and they will not be silenced any longer. For too long politicians have tried to centralize authority among the hands of a small few in our nation’s capital,” he said. “Bureaucrats think they can overrule your values, meddle in your faith and tell you how to live, what to say and how to pray. But we know that parents, not bureaucrats, know best how to raise their children and create a thriving society.” (Washington Times)