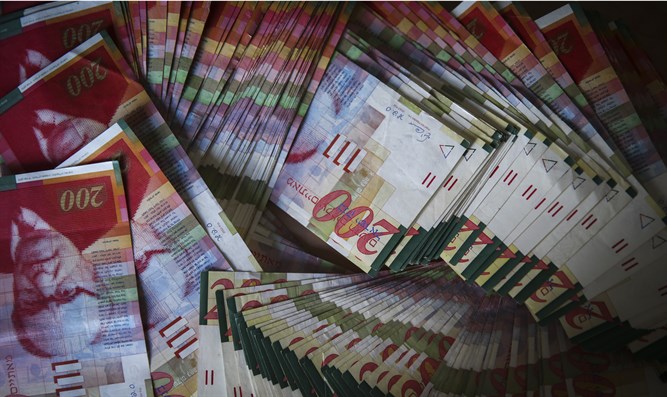 COST OF LIVING HIGHER IN ISRAEL THAN REST OF THE OECD:

A new Finance Ministry report corroborates what most Israelis already know: The cost of living is much higher than the average of industrially developed countries. According to the report, prices on a range of items in Israel are higher than the 34 other countries in the Organization for Economic Co-operation and Development (OECD). The report, released 7 August 2017, found that Israelis are paying 52% more than the developed world on cars, 25% more on food, and 29% more on hotels and restaurants. In addition, the average Israeli shells out 30% more on transportation, and 23% for water and electricity. Health care costs are 19% higher, despite the Jewish state's universal health care system. Israel's high cost of living has become a hot topic over the last few years, particularly as housing prices have skyrocketed. High rents and food costs were among the triggers of a popular protest movement that peaked in 2011 with 500,000 Israelis from all walks of life taking to the streets and squatting in urban tent camps. (Arutz-7)

About 632,000 people aged 20 and over reported that they were harmed by various types of criminal offenses in 2016, according to preliminary data from the Central Bureau of Statistics' just-released personal-safety survey. In approximately 81,000 households with children up to age 18 (7.6% of all households with children), at least one of the children was injured by offenses of various kinds. An estimated 259,000 households (10.1% of all households in Israel) were hurt during the year preceding the survey from offenses related to the transfer of a dwelling or a vehicle. (INN)

AT-SHIRT COMPANY TRIED TO RECLAIM THE SWASTIKA AS A PEACEFUL SYMBOL.

IT DIDN’T GO SO WELL: An American company is facing criticism for marketing T-shirts that frame the swastika as a symbol of “love” and “life.” KA Designs was selling the shirts, which feature white swastikas on a rainbow-colored background with the words “peace” or “zen,” on the USA-based clothing company Teespring’s website. Andrew Anglin, founder of the neo-Nazi Daily Stormer site, praised the design: “I want to say that I am in 100% support of the rebranding of the swastika as a symbol of love.” KA Designs released its own statement on the controversy. Maintaining that it was used as a religious icon in Buddhism, and Hinduism before the Nazis tainted it by using the swastika as their official symbol during World War II, KA’s said: “The new meanings given to ‘our Swastika’ wouldn’t make any sense if not based on the previous ones. We want to promote love and peace to remind everyone that mankind can be better that what it currently is and was in the past.” By Monday 7 August 2017, Teespring had removed the shirts from its site. However, The Jerusalem Post pointed out Monday that Teespring was still offering clothing that painted Nazis in a positive light, such as shirts saying “Hitler did nothing wrong ever” and “We’re all Hitler now.” “Teespring’s lack of sensitivity on these issues is repulsive and the company’s obvious goal is to shock people and reap the possible financial rewards, under the guise of their supposed creativity,” said Ephraim Zuroff, head of the Simon Wiesenthal Center. (JTA)

This is not the first time this kind of incitement has occurred to fatten somebody’s wallet. Last June, American home goods department store Sears turned to commercializing the Israeli-Palestinian conflict. “Now with your washer-dryer, customers can pick up a women's ‘Free Palestine’ t-shirt in their choice of six colors. The t-shirt features a fist in the colors of the Palestinian flag, with the words ‘Free Palestine, End Israeli Occupation’ emblazoned on the front.” The product description encouraged shoppers to "Make a statement about the Arab-Israeli conflict with this powerful design."

The Dutch Socialist Party distanced itself from an activist for the movement after he wrote that seeing Israeli soldiers made him “proud” of German ones during World War II. A spokesperson for the party’s branch wrote last week on Twitter that Jan van der Weiden, a former Socialist Party candidate and ex-treasurer, “has for a long time been neither a member nor active for us.” The statement followed a complaint of hate speech filed with police by the Center for Information and Documentation on Israel against van der Weiden over a series of anti-Semitic statements published under his Twitter handle. Last month, he wrote in English: “The more I see Israeli soldiers, the more proud I am on German soldiers during the Second World War.” It was one of several tweets about Jews, including one accusing Jews of having too much influence and another explaining the need to punish Jews for Israel’s actions. The messages were removed and the Twitter account made inaccessible. However, van der Weiden had featured as late as last week on the website of the Castricum branch of the Socialist Party, where he was praised for helping the branch out with excellent accounting skills. The page was removed following the complaints. The Socialist Party is one of Holland’s most hostile political movements toward Israel. It supports a shutdown of any military cooperation with Israel, including by making it impossible to transfer arms to Israel through Dutch airports. It also supports imposing a boycott on products from Israeli settlements. (Times of Israel)

The Arab League is working to undermine Israel’s bid to win a seat on the UN Security Council next year, news sources reported this week, citing an unnamed Israeli diplomatic official. Israel is the only country in the Middle East never to have held a Security Council seat. The 10 non-permanent spots - which are two-year terms - on the 15-member council (the five permanent members are the USA, UK, France, Russia and China, all of which have veto power) are allocated in accordance with regional blocs. The elections for the 2019-2020 term will be held in June 2018. To obtain a Security Council seat, Israel will have to receive the support of at least two-thirds of the 193 members of the General Assembly. April 2017 Israeli Ambassador Danny Danon wrote in a Politico op-ed, “Now, more than ever, it is time for Israel to take its place as a leader in the world’s premiere international organization. Our country is qualified, well equipped and well prepared for this important role.” (Algemeiner)

INDIA’S MODI RECRUITS ISRAELI FOUR-LEGGED PROTECTORS:
​
Israeli elite sniffer and attack dogs have been imported to India to add teeth to PM Narendra Modi's security team, the Indian Telegraph reported. A 'senior' security official told the paper that 30 "attack dogs, bomb sniffers and chasers," were brought from Jerusalem during the past year. The official said the dogs were "considered the best in the world in sniffing out explosive booby-traps." He also added that the canines were "very effective" in combat. The IDF employs dogs to fill several tasks including bomb sniffing, guarding duties and search and rescue missions. (J.Post)

The beaches of Israel have been designated as an important habitat for dolphins by the International Union for Conservation of Nature (IUCN). The IUCN, widely considered the world’s most authoritative international entity in the field of nature protection, is known for its “red lists” of endangered species. Israel was one of 26 spots in the Mediterranean region named as being of importance to marine mammal life after a yearlong scientific process conducted by the IUCN. The process involved convening a panel of experts that included representatives from every Mediterranean country. Israel was represented by Dr. Aviad Scheinin, director of the Dolphin and Sea Educational Center in Ashdod. “This makes Israel proud.” Scheinin said. (Algemeiner)

MIGRATORY BIRDS A HARBINGER OF FALL:
​
The first wave of migratory birds was observed in the last few days in the Hula Lake north of the Kinneret where they stop on their way southward. Among other species, one can see pelicans, snake-eagles, ducks, herons, and many song birds. Inbar Rubin, training director of the Hula Lake basin, said that many visitors find it difficult to believe that autumn approaches while it's still the peak of the hot summer. “But we explain to them that the birds know better than us when the fall is coming. And if two weeks ago it got dark at 8:30, and now it's already dark before eight, we do not pay attention to it today because the lighting immediately goes on everywhere. But the birds remind us of the nature of the world that is being forgotten at a basic level," said Rubin. “Today, a large flock of 500 storks has arrived, and in recent days we have been seeing the wandering swallows, starting with a dwarf kingfisher, storks, gray herons, species of canopies, and songbirds in unimaginable quantities." (Arutz-7)